The number of travelers taking to the skies continues to rise and Delta Air Lines is working hard to ensure the safety of its passengers.

According to an interview with the University of Alabama Professor of Medicine and Infectious Diseases Dr. Michael Saag, airplanes with proper health protocols such as Delta’s Care Standard are safe for travelers.

Saag said as long as passengers on board the planes are properly spaced apart and wearing masks, the risk of transmission is very low. As a result, Delta continues to block middle seats and has capped capacity at 60 percent in Main Cabin and 50 percent in First Class.

Air circulation is also important to reduce the possibility of spreading coronavirus, as Delta refreshes the air in its cabins every two-five minutes. The filtration systems onboard planes remove 99.99 percent of particles.

In addition, air flows down in planes, reducing transmission of the viral infection.

“The details matter,” Saag said. “If passengers are spread apart and wearing masks, then it is very safe on an airplane.”

To reduce touch points for passengers, they are handed antibacterial wipes upon entering the plane to disinfect their seats and the surrounding area, as well as presented with water and snacks in a bag to avoid the need for expanded food service.

The carrier is expanding its health and safety diligence to its Delta Sky Clubs, as the airline reopens the airport facilities in Chicago, Denver, Miami, Nashville, Orlando, Phoenix, and San Francisco. Additional Clubs will open as travel continues to increase in the coming months.

Delta also recently resumed serving beer and wine to its first-class and Comfort+ passengers after many airlines decided to stop serving alcoholic beverages.

An Air Canada vice president suggests that by the time winter holidays roll around again, Canadians will be able to board his company’s planes and fly almost anywhere in the world.

But Tim Strauss said he knows that one of the biggest tasks involved in bringing air travel back to life after pandemic restrictions lift will be convincing the public it’s safe to fly.

“I think by Christmas you will see a significant amount of flying again,” said Strauss, vice president of cargo at Air Canada. “We’ll be flying to most places around the world and certainly domestically.”

There may be fewer flights available and more connections than travellers are used to, he added.

The airline industry has been hammered by the pandemic. Some Canadian airlines have stopped flying entirely while others, including Air Canada, have scaled back more than 90 per cent due to the dramatic drop in demand.

At a virtual Canadian Club Toronto event today, executives at several major airlines talked about what the North American airline industry could look like post-pandemic. Air Canada, Sunwing and American Airlines said corporate conversations about post-pandemic operations are focused on making sure planes are kept clean. Some airlines are changing how often they sanitize their planes and are even considering changes to how air is circulated in passenger cabins.

‘We are rolling out completely new procedures’

“That is the absolute centre focus of almost all of our product discussions at this point,” said Strauss, regarding cleanliness. “The whole industry will be working in tandem with one another to make sure it’s good no matter what airplane you’re on, anywhere in the world.”

American Airlines said that, as it learned more about COVID-19 over the past two months, it overhauled its cleaning process and now considers it a key part of ensuring a plane is safe to fly.

“We’re rolling out completely new procedures that are disinfecting all parts of the aircraft that a customer touches before every flight,” said Jim Butler, senior vice president of airport operations and cargo at American Airlines. “Before this, while that disinfection happened, it tended to happen more overnight.”

His airline is boosting its cleaning staff while looking for ways to make boarding more efficient so that flights aren’t delayed by cleaning.

The airline also has been handing out personal protective equipment to all its customers and limiting the number of people onboard by blocking off the centre seats. Butler said the most difficult part will be educating the public about the measures being taken.

“You have to make sure the customer is safe and … that they feel safe. Both of those are equally important,” he said.

In Canada, Transport Canada has made it mandatory for all passengers to wear masks while onboard and in airports when they cannot physically distance two metres from others.

Sunwing’s president Mark Williams said the industry doesn’t know how soon the pandemic might end, or how quickly customers might come back.

“We’re modelling so many different scenarios right now because we don’t know what the future holds,” he said.

Williams said that when the industry revives, it will have to convince Canadians that all aspects of air travel are safe — including getting to the airport, checking in and going through security screening.

“People have to be aware of the safety,” said Williams. “I’m not sure that leaving an empty seat between two people on an airplane is really going to have a significant impact on how safe you are onboard a plane from getting a virus.

“I think there are other steps that we need to take. People need to understand what they are and what the risks are, to get them back to flying.”

No point in travelling unless countries are open for business

Air Canada also is looking at how air is circulated on board its planes.

“That’s one of the things we need to adjust to make the flight safer,” said Strauss.

The World Health Organization cites research showing there’s very little risk of communicable diseases being shared in-flight through a plane’s ventilation system. The plane’s cabins use filters which trap virus particles, according to the WHO’s website.

While Air Canada predicts better times for the industry by Christmas, Helane Becker, an airline analyst at Cowen and Company, points out that other countries will need to lift their pandemic restrictions and reopen their economies first, in order to convince people to travel.

“You can’t go to London and quarantine for 14 days,” said Becker. “If your vacation was going to be a long weekend and you go, it doesn’t work.

“We need to get all these governments on the same page to kind of open things up. Everyone wants it to be done safely because no one wants the recurrence of cases.”

Strauss said there are signs the economy is about to turn around. Manufacturers are moving parts around the world on Air Canada’s cargo flights, he said, and his company is getting ready to transport retail goods from clothing manufacturers to North America.

“These are companies that only make these moves when they think there’s an economy coming back,” she said. “That makes me very optimistic, that we are at the beginning steps of a rebound.” 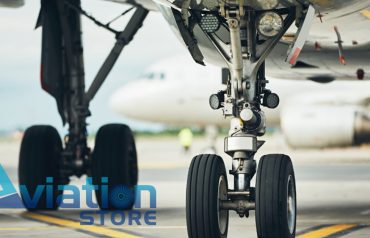 Airplane parts are a huge deal, especially if you own an aircraft maintenance business that needs to maintain an entire fleet of aircraft, or if you are just interested in making sure your business is fully stocked with much-needed parts. You need to make sure you’re purchasing the best aircraft parts available. Purchasing used parts are definitely better than buying new parts, but what if you can’t find exactly what you need?

The reason we are talking about this is that here at Aviation Store, we have an extensive, large inventory for all those hard to find parts that are not always available. To keep our inventory up to date, wet continually look for parts. This means we are always adding new inventory so we have what you need when you need it.

Many companies have large fleets of planes that need to be maintained and finding those hard to locate parts can be difficult, but here at Aviation Store we work hard to upload those hard to find parts and get you access to them, so you don’t have to search any further.

Not only does a large fleet of planes mean a large inventory, but also, many planes have individual parts that may not be in the same place in each aircraft. So having a resource like ours makes it easier to acquire these parts with a partner like Aviation Store.

Regardless, of the size of your fleet, or how many planes you have, you can benefit from a supplier with a larger inventory. Whether you’re going to maintain an entire fleet or just one plane, you need to work with a partner like Aviation Store.